Reading through every Dewey Decimal section.

185: Aristotle Made Easy by Mortimer Adler

END_OF_DOCUMENT_TOKEN_TO_BE_REPLACED

707: A World Art History and Its Objects by David Carrier

END_OF_DOCUMENT_TOKEN_TO_BE_REPLACED

669: The Arsenic Century by James Whorton

It’s an absolute wonder that as many people survived 19th century England did. There was arsenic in everything—in the food, in the paint, on the wallpaper, in wine barrels, in beer, in medicine, in wrapping papers, in clothing, in makeup, in everything. Once arsenic trioxide (a byproduct from purifying gold or copper minerals) was found to be highly marketable to dye and chemical manufacturers, the race was on to cut it into everything imaginable to lower costs and increase profits. James Whorton’s The Arsenic Century looks at the toll arsenic took on 19th century England, and how that shaped current legislation and health science.

Arsenic poisoning was nearly a health epidemic in Victorian England, and because many of the symptoms mirrored those of cholera, it was hard at first to prove death by arsenic. This was a boon for would-be poisoners. Then, began the arms race for chemical tests. Starting with the Marsh test touted by famous chemist Mathieu Orfila and evolving into more and more precise reactions, many British chemists were employed in the pursuit of making sure that arsenic did not slip into too many products, but that did not stop cutthroat merchants and manufacturers. In many cases of arsenic poisoning, each side would blame the other of tampering so no one could be proved at fault. Meanwhile, hundreds of consumers lay at home with gut-wrenching pains, slowly dying by the hand of shady dealers.

The book, while not a rip-roaring read, is a very interesting one. I was generally aware of nefarious manufacturers trying to reduce their costs by using inferior products, but the prevalence of arsenical compounds throughout Victorian England was just mind-boggling. Moreover, the tedious pace by which the government acted to prohibit arsenic use was just laughable. Anybody interested in both history and chemistry should have a good time with this one.

Cervantes’s Don Quixote is one of the granddaddies of Western literature. First published in 1605, it follows the whimsical adventures of Alonso Quixano and his friend Sancho Panza as they travel across the Spanish countryside looking for adventure and knightly acclaim. The main conceit of the novel is that Quixano has become addled by age and has read way too many novels about chivalry and knights-errant. Slowly but surely, he convinces himself that he is also a great man worthy of the adulations of those in his novels. He styles himself Don Quixote de la Mancha and strong arms a local farmer Sancho Panza into going out and righting the many wrongs he sees.

In addition to deluding himself, he also re-imagines the world around him through the lens of chivalry. Regular windmills become frightful giants, herds of sheep become warring sides of classic knights, lowly inns become great castles, and so on. The adventures are both humorous and sad. At each turn, our two heroes are beaten and bruised, or at the very least, made fools of. I admired Sancho’s resolve to stick by his hidalgo even though he could have fled at almost every moment and left Don Quixote to fend for himself. In trying to show the ridiculousness of the old ways, the book shows that some of them are worth preserving.

The chapters are episodic, so the story moves along at a predictable pace, but there is no real story here—just a string of tales to regale the reader. That being said, there is a lot to unpack in this novel. It predates almost everything else, so many of the tricks of the trade find their home here, including modern pastiche, metafiction, and social critique. My translation was just a lightly edited version of the original 1620 Thomas Shelton work, so the writing for me was very stilted. I have looked at a few pages of other translations, and if you can get the Edith Grossman or the Tom Lathrop, you will have a better time than I had. All in all, it is a tremendous work worthy of the time required.

198: Kierkegaard Within Your Grasp by Shellet O’Hara 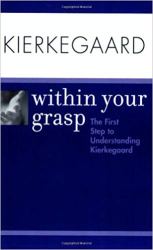 This book is simple is its aim and execution: to help the reader into the writings of Danish philosopher Soren Kierkegaard. In less than a hundred pages, we are introduced to Kierkegaard’s life, works, and thinking. The author goes through each major work well and legitimately synthesizes the salient theses into the thinking of the period. In many variations, Kierkegaardian philosophy struggles with choice, faith, and the individual, trying to make sense of both the existence of the self and the existence of God. This is indeed a good introduction to Kierkegaard’s work, but it is just a first step. 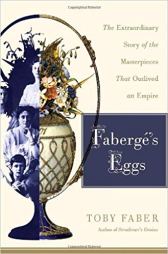 Eggs are very plain things. But when Russian jeweler Carl Gustavovitch Faberge realized a design around them, they turned into the most sought-after pieces in modern art history. Tony Faber’s Faberge’s Eggs is not only a look into the history of the bejeweled eggs, but also a history of Russia proper. From Czar Nicholas II’s coronation in 1894 to his abdication in 1917, the eggs chronicle the czar’s relationships with his mother, his wife, his children, and his country.

Faberge’s workshop, over the course of its lifetime in Moscow, produced 69 beautifully jeweled eggs, but only 50 are considered imperial eggs. These are the pieces ordered by the czar to be given at first from Czar Alexander II to his wife Maria Fedorovna each Easter. Upon Alexander’s death, Nicholas continued the tradition, first giving them just to his mother and then to both his mother and his wife. Each egg presented had special meaning and a special name, starting with the Jeweled Hen Egg (1885) and ending with the sadly unfinished and unpresented Constellation Egg (1917). Faber not only follows the creation and presentation of each egg, but also the saga of their respective ownerships to the present day.

There are times when Faber’s writing gets bogged down with names, places, dates, and politics, but they are few and far between. Luckily, several helpful appendices are added on, including an extended royal family tree, a condensed chronology of the eggs, and a basic Russian term glossary. A few lovely color pictures in the middle of the book highlight the beauty of the eggs, and overall, this was a very pleasant read. 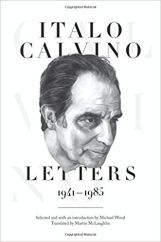 Italo Calvino was a man of many opinions. From his days in the Italian Communist Party after World War II to his tenure in the Oulipo writing group, Calvino had a lot to say and used his many friends, agents, and even enemies around Europe to say it. The letters translated here by Martin McLaughlin represent the tapestry of threads he wove throughout his life.

The first impression one gets of Calvino is that of a man who needs the company of friends to enrich his life. He constantly wants his pen pals to visit him wherever he is, or send books and articles, or recount news of local politics. But beyond that, there is a hunger. He relishes in all the philosophical complexities of literary fiction, even going so far as to dissect his own work.

Calvino is at times belligerent, compassionate, churlish, and joyous, but never boring. That being said, it helps to be acquainted with at least some of Calvino’s writing before diving into the 600 letters in this book. All in all, however, this was an entertaining albeit lengthy read.